Habitats and their Inhabitants

The Lower Saxonian Elbe Valley Biosphere Reserve contains a very high density and variety of rare and endangered biotope and habitat types as well as individual animal and plant species. About 150 breeding bird species, 100 migratory species as well as 1,300 vascular plants have been identified. Of the 19 amphibious species which occur in Lower Saxony, 12 have been found in the Elbe lowlands. The diversity of insects is also very high, with over 700 different species of butterfly, to name just one order.

The rich variety of plants and animals in the Elbe valley can be attributed to a closely interconnected mosaic of very varied habitats. Furthermore, as the river is located on the borderline between the Atlantic and Continental climate zones along this stretch of its course, representatives of both regions can be found living side by side.

To preserve these habitats, protection areas have been designated at European level. The Natura 2000 network is represented by the Special area of Conservation (SAC) ‘Elbniederung zwischen Schnackenburg und Geesthacht’ (‘Elbe lowlands between Schnackenburg und Geesthacht’), which covers 227 km². Partly overlapping this area are the 325 km² of the Special Protection Area according to the EU Birds Directive for the Lower Saxonian Middle Elbe region.

Habitat types which are regarded as being of special significance at state level include the reserve’s grasslands, the pioneer vegetation of the floodplains, the bankside shrub areas and the hardwood alluvial forests. Trees also form part of various other landscape features typical of the region, e.g. as orchards, in hedges and in rows which line many of the country roads.

From an ornithological point of view the Elbe Valley Biosphere Reserve as a whole represents one of Lower Saxony’s most important regions for breeding and migratory birds. 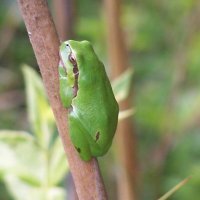 Of the 19 amphibious species which occur in Lower Saxony, 12 have been found in the Elbe lowlands.